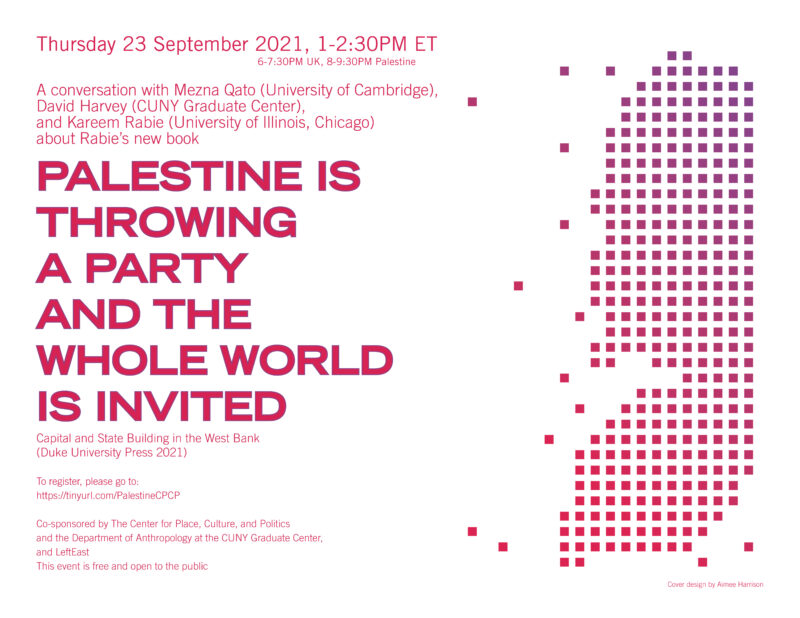 Palestine is Throwing a Party and the Whole World is Invited: Capital and State Building in the West Bank

A conversation with author Kareem Rabie and Mezna Qato, moderated by David Harvey

Due to the ongoing events in Palestine and need for other pressing conversations, we have decided to postpone this event. We hope to be able to return to it in the coming weeks.

Kareem Rabie is Assistant Professor of Anthropology at American University in Washington, DC and visiting fellow at CUNY’s Center for Place Culture and Politics; and Committee on Globalization and Social Change.

This event is co-sponsored by the Department of Anthropology at the Graduate Center and LeftEast. It is free and open to the public.