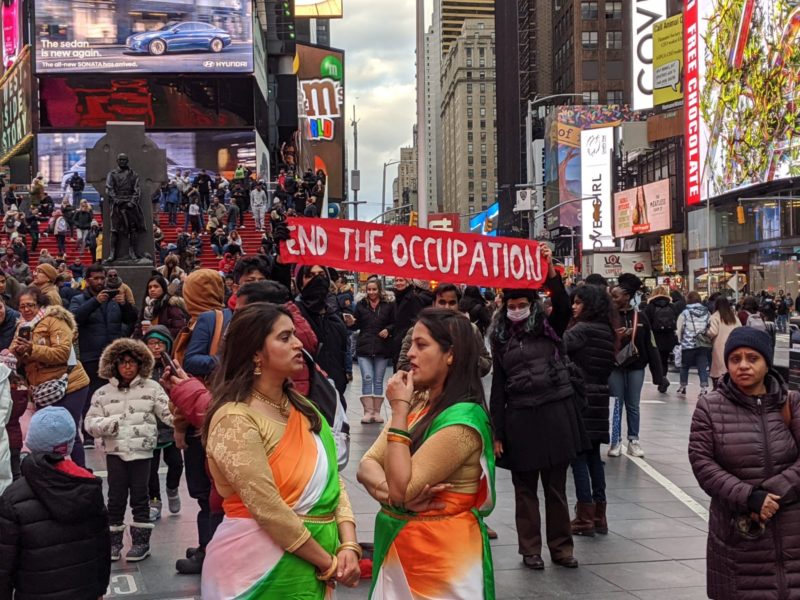 The Second Event in our series:

Citizenship as a mode of exclusion and Hindu Fascism in India

The  government of India passed the Citizenship Amendment Act (CAA) on December 16th 2019  that explicitly excludes Muslims from neighbouring countries from becoming citizens of India. Combined with the National Register of Citizens (NRC) and National Population Register (NPR), the government  eventually aims to use CAA as a test of citizenship throughout the country. In Assam, where the government carried out the NRC process in the past few years, 2 million people have been rendered stateless. Some of these people, (Hindus, Muslims, indigeneous communities) have already been sent to detention camps, others are waiting to hear from foreigners’ tribunals. By excluding Muslims, it violates the Indian constitution that does not discriminate against any person on grounds of religious belief or caste, class or gender,  in acquiring citizenship in India. For the first time in the history of independent India, religion has become a ground for becoming a citizen.

CAA cannot be seen in isolation. It is the culmination of the rise of Hindu fascism in India. After Modi government came to power for the second time in 2019, it has attacked many constitutional institutions and precedents and displayed considerable impunity and violence in muzzling dissent and democratic means of protest. Significant among these developments was the abrogation of Article 370 that granted special status to Jammu and Kashmir that protected its autonomy and right to self-determination and the Supreme Court judgement that handed over the land where Babri Masjid stood to build a temple for Hindus. The masjid was demolished in 1992 by Hindu fascists. The discriminatory citizenship law has to be seen in this context of a series of developments that has undermined the secular nature of Indian constitution and the rights of minorities, especially Muslims.

Protests have erupted throughout the country against the law. While international media has reported  the student protests in Jamia Millia Islamia and Aligarh Muslim University, small towns and villages across the country — in Assam, Bengal, Karnataka,  Telangana, Uttarpradesh, Maharashtra and Kerala – have responded with massive protests. Several state governments have refused to implement the bill altogether.  While protests in Assam is against the potential settlement of migrants in the region, in “mainland India”, the protests have been against the exclusion of Muslims and the threat to constitutional values the Act poses.

The panel discussion will address the genesis of the citizenship law, the evolution of Hindu fascism in India, and the complex relationship between region, caste and religion that still holds promise for a plan to defeat Hindu fascism. International solidarity is important in this task as the Modi government and the organization that birthed it, RSS, have transnational allies and funding in the US and Europe. These transnational allies have to be exposed for who they are – sponsors of genocide.

Sana Qutubuddin is the Advocacy Coordinator for the Indian American Muslim Council. In her role, she works to educate lawmakers and social justice organizations about the state of human rights and religious freedom in India.

Mahum Shabir is a law student at the City University of New York, School of Law. She has previously worked in Indian-occupied Kashmir with movement lawyers and organizers.

Sowmya Dechamma is a Full-bright Fellow and Associate Professor of Comparative Literature at Queens College, CUNY.  Her research work focuses on minority identities and cultural discourse in India.

Mythri Prasad-Aleyamma is a Post Doctoral researcher at the Centre for Place, Culture and Politics (CPCP) of the graduate center of CUNY with interests in migration and urban transformation.