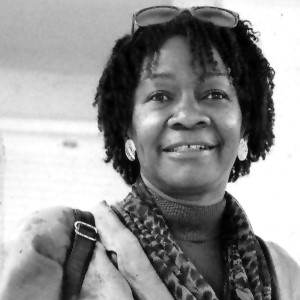 A Discussion with Norma Guillard

Video from the event is available for viewing here

NORMA GUILLARD joined the 1961 Cuban Literacy Campaign (the Campaign) when she was 15 years old. A social psychologist from Santiago de Cuba, she is one of the first Cuban women of her generation to call herself a feminist. She primarily works on the issues of gender, race, sexual orientation and issues of diversity and identity in a Cuban and Caribbean context. As a Cuban of African descent, Guillard has contributed much to the lively debates on race and racism in Cuba.

She is an adjunct professor at the University of Havana teaching psychology and gender, and a leader of the Cuban Association of Psychologists. She is also an Advisor to the United Nations Educational, Scientific and Cultural Organization (UNESCO) and to the United Nations Development Program on the issue of gender in the prevention of HIV/AIDS. She is a principal collaborator at the National Center for the Prevention of AIDS and the National Center for Sex Education (known as CENESEX in Cuba), which spearheads work to educate against homophobia and to lobby for civil unions in Cuba. Additionally, she is one of the founders of “Oremi,” the first organization of lesbian and bisexual women in Cuba.

Guillard participated in the effort in Cuba to reprise playback theatre, an original form of improvisational theater in which audience or group members tell stories from their lives and watch them enacted on the spot. This type of theater is used to facilitate discussions about the impact of HIV/AIDS from the personal perspective of HIV positive people and their families.

Professor Guillard brings these issues to the social media field as well as the academic world, and has helped to produce several educational documentaries, including the celebrated film Living to the Limit by leading Cuban director Belkys Vega. Gulliard is also a poet and is widely published.

One thought on “Maestra! The Cuban Literacy Campaign”