The CPCP presents its annual conference 2022:

*proof of vaccination is required for entry END_OF_DOCUMENT_TOKEN_TO_BE_REPLACED

This is an online event and will take place on Zoom.
Register here to attend.
This event will include live captioning in English.
Livestreaming will also occur on Youtube. 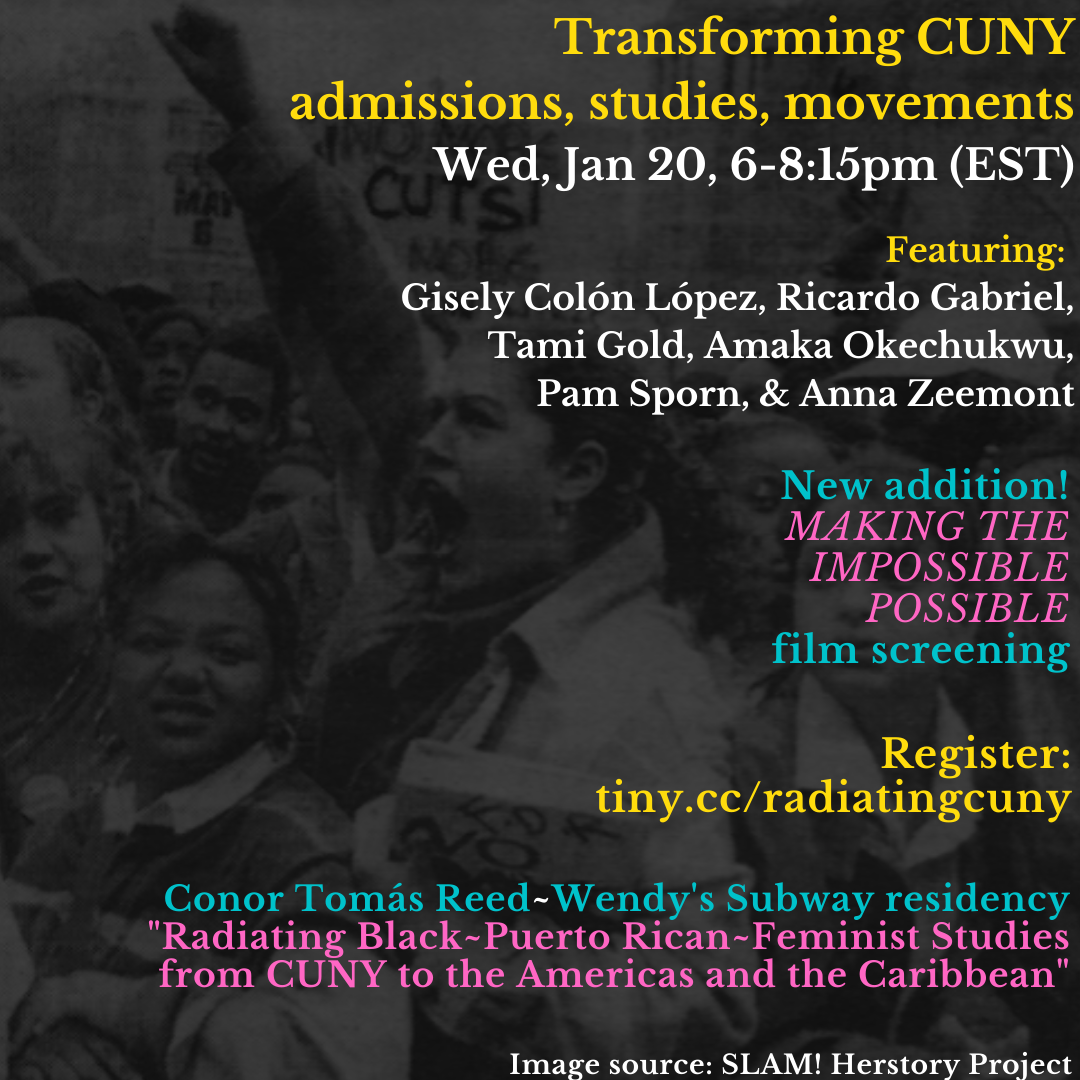 The history of how Black and Puerto Rican youth movements led the transformation of CUNY’s admissions and curricula contains lessons for public education/city struggles nationwide. Tami Gold, Pam Sporn, and Gisely Colón López will share their new film MAKING THE IMPOSSIBLE POSSIBLE, about how Black and Puerto Rican student-led struggles won Puerto Rican Studies at Brooklyn College in the late 1960s. Ricardo Gabriel will speak about the historical and geopolitical context that led to the Puerto Rican student movement and the demand for Puerto Rican studies at CUNY from 1969 through the early 1970s. Amaka Okechukwu will present about the 1970 creation and 1999 termination of the Open Admissions policy at CUNY, detailed in her new book To Fulfill These Rights: Political Struggle Over Affirmative Action and Open Admissions. Anna Zeemont will discuss gender justice and intersectionality in 1990s CUNY activist/arts publications and movements.

END_OF_DOCUMENT_TOKEN_TO_BE_REPLACED

Watch panel and discussion about how we are connected with War at Home and Abroad with Graduate Center professors David Harvey and Ashley Dawson, students Rasha Arabi and Faris Al-Ahmad Zwiran, and Ali Issa of the War Resisters League and Jadaliyya.

Loading Comments...
Need help with the Commons? Visit our
help page Send us a message