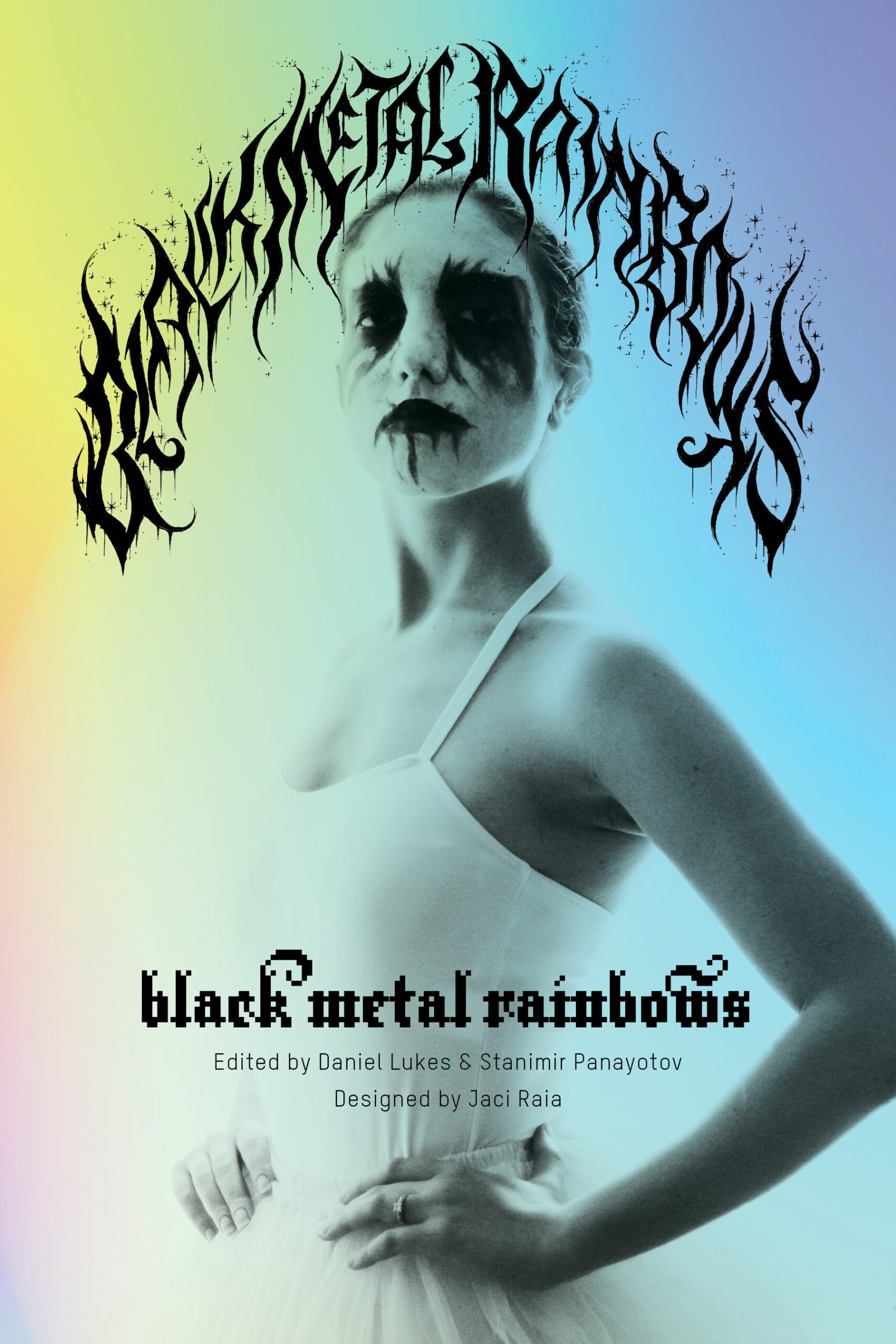 Black metal is a paradox. A noisy underground metal genre brimming with violence and virulence, it has captured the world’s imagination for its harsh yet flamboyant style and infamous history involving arson, blasphemy, and murder. Today black metal is nothing less than a cultural battleground between those who claim it for nationalist and racist ends, and those who say: Nazi black metal fvck off!

This unique volume envisions black metal as always already open, inclusive, and unlimited: a musical genre whose vital spirit of total antagonism rebels against the forces of political conservatism. Beyond its clichés of grimness, nihilism, reaction, and signature black/white corpse-paint sneer, black metal today is a vibrant and revolutionary paradigm. This book reveals its ludic, carnival worlds animated by spirits of joy and celebration, community and care, queerness and camp, LGBTQI+ identities and antifascist, antiracist, and left-wing politics, not to mention endless aesthetic experimentation and fabulousness. From the crypt to the cloud, Black Metal Rainbows unearths black metal’s sparkling core and illuminates its prismatic spectrum: deep within the black, far beyond grimness, and over a darkly glittering rainbow!

Listen to the benefit album on Bandcamp which has already raised $9,000+ for The Trevor Project, Mermaids, Minus 18, The International Lesbian, Gay, Bisexual, Transgender, Queer and Intersex (LGBTQI) Youth & Student Organisation, and others.

The NYC book launch will include an event on Saturday, February 11th at Housing Works and a live music show on Sunday, February 12th at Saint Vitus which will be a benefit for the Ali Forney Center in NYC.

More information on the book here.

Daniel Lukes has written for metal and rock magazines Terrorizer, Kerrang!, Decibel, and Helvete: A Journal of Black Metal Theory. He has a PhD in comparative literature from New York University, and is the coauthor of Triptych: Three Studies of Manic Street Preachers’ The Holy Bible (Repeater Books). He lives in Montreal, where he likes to disappear into the winter.

Stanimir Panayotov is Assistant Professor in Philosophy at School of Advanced Studies, University of Tyumen, Russia, and holds a PhD in Comparative Gender Studies from Central European University, Budapest. He works at the intersections of continental and feminist philosophy, non-philosophy, and late antique philosophy and has published in Heathen Harvest, Metal Music Studies, the Minnesota Review, Aspasia, etc.

Hunter Ravenna Hunt-Hendrix is a composer, musician, artist and philosopher who seeks to combine these practices in synthetic unity. Her musical project Liturgy is noted for introducing the style of black metal into the world of experimental art rock. Her essay “Transcendental Black Metal: A Vision of Apocalyptic Humanism” has remained controversial in the metal and theory worlds since it first appeared in 2009. In 2022 her opera Origin of the Alimonies premiered, followed by her debut sculptural exhibition at Gern en Regalia (NYC). Her new album 93696 (Thrill Jockey) is forthcoming in March 2023.

This event is free and open to the public. It is cosponsored by the Center for Place, Culture and Politics and the PhD Program in Ethnomusicology, Department of Music, Graduate Center, CUNY.