Capitalist Transformation, Hindu Nationalism, and the Politics of Citizenship in India 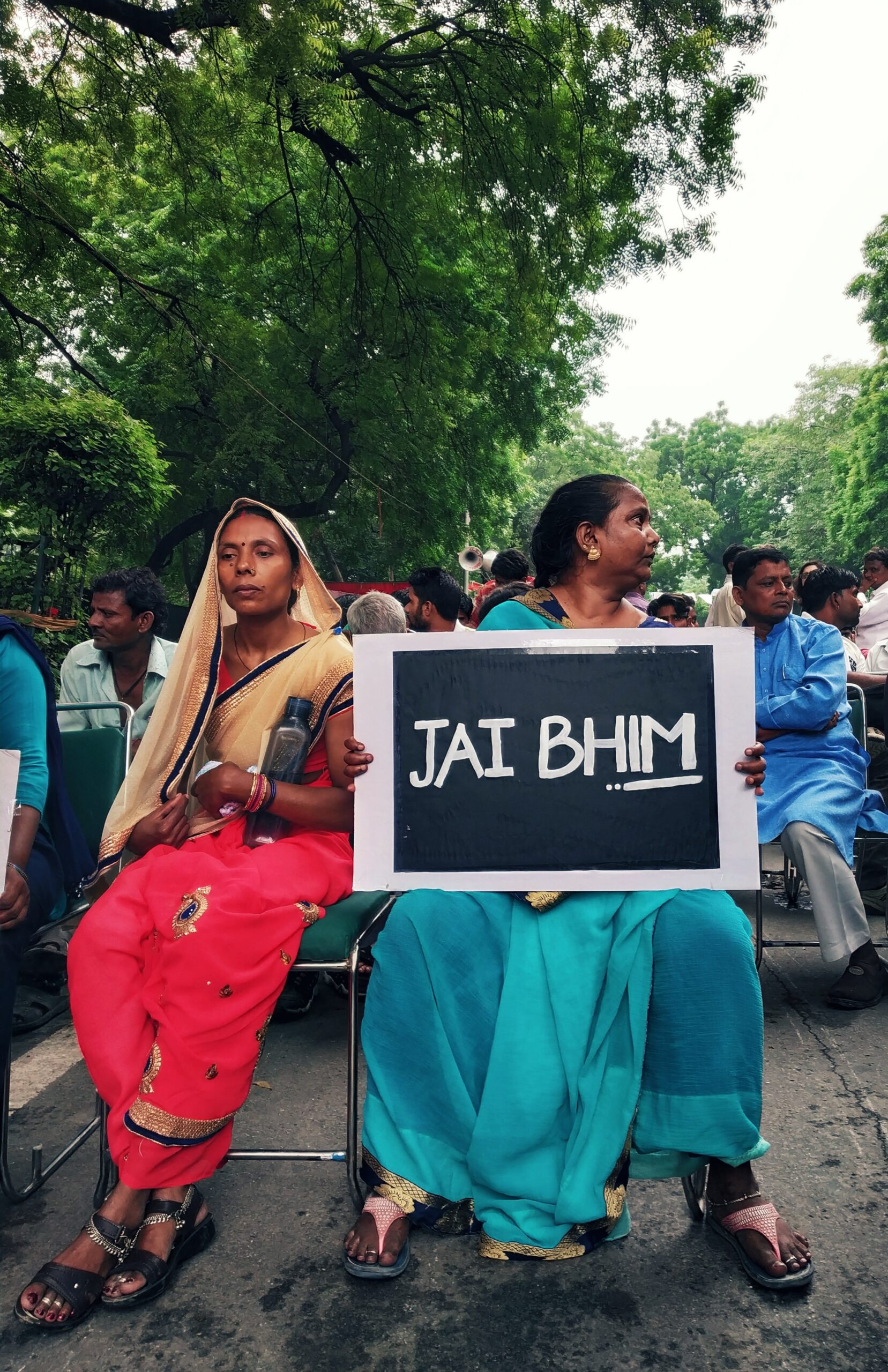 A WOMAN HOLDS A POSTER WITH A SLOGAN SALUTING B.R.AMBEDKAR AT A PROTEST (“STOP KILLING US”) DEMANDING AN END TO THE PRACTICE OF MANUAL SCAVENGING (2018, DELHI, INDIA) @WANDERINGINDIAN/UNSPLASH

India is currently in the throes of a perilous conjuncture whose central characteristic is an erosion of citizenship. On the one hand, there is a perverse polarization of wealth and income that has eroded social citizenship. India today is a country where 166 dollar billionaires own the same amount of wealth as the 555 million people who make up the poorest 40% of India’s population. The mass exodus of workers from Indian cities during the pandemic lockdown signaled that while the migration of workers out of agrarian and caste-based livelihoods has altered social relations on the ground, this has not been accompanied by improvements in social security and welfare. On the other hand, the aggressive pursuit of an authoritarian Hindu nationalism by the ruling party has curtailed civil and political citizenship for religious minorities and dissidents. At the same time, popular struggles against anti-Muslim citizenship laws and massive protests against neoliberal farm laws suggest that counterhegemonic resistance is possible. In this conversation, Mythri Prasad-Aleyamma (Center for Place, Culture and Politics, Graduate Center, CUNY) and Alf Nilsen (Centre for Asian Studies in Africa, University of Pretoria) interrogate the nature of these processes and ask what it might mean to counter the evisceration of citizenship in India today through struggles from below.

Alf Nilsen is professor of sociology and director of the Centre for Asian Studies in Africa at the University of Pretoria. His current research focuses on the politics of authoritarian populism in India and the global South more generally. He is the author, most recently, of Adivasis and the State in India: Subalternity and Citizenship in India’s Bhil Heartland (2018) and co-editor of Indian Democracy: Origins, Trajectories, Contestations (2019).

Mythri Prasad-Aleyamma is a post-doctoral fellow at the Center for Place, Culture, and Politics of the Graduate Center of the City University of New York. Her research focuses on the politics of labor, migration and urban transformation in contemporary India. It traces the different types of recruitment of migrant and local labour in Kerala that reflect political contests and settlements between trade unions, corporate construction companies and recruitment agencies. She has published articles in Antipode, Contemporary South Asia and Economic and Political Weekly.