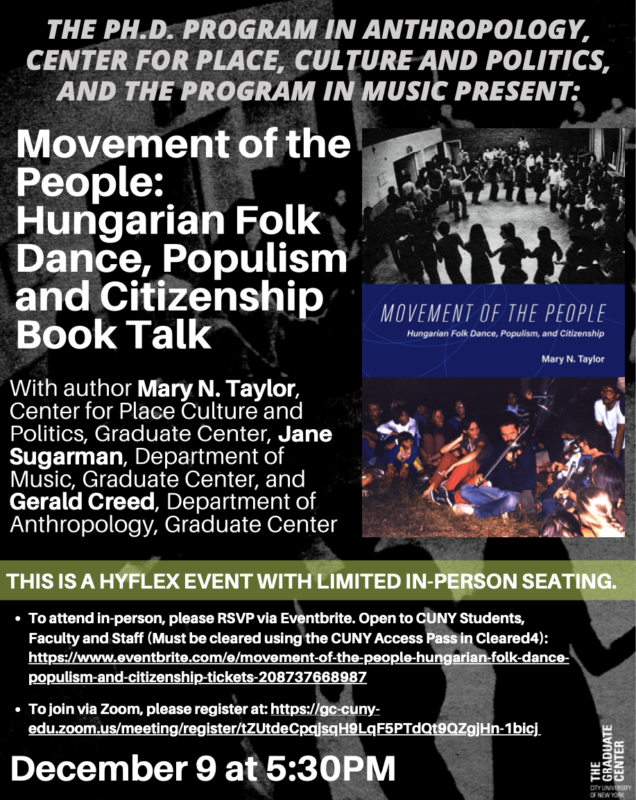 This is a Hyflex event with limited in-person seating in the Brockway room #6402, Department of Anthropology at the Graduate Center. To attend in-person, please RSVP via Eventbrite.