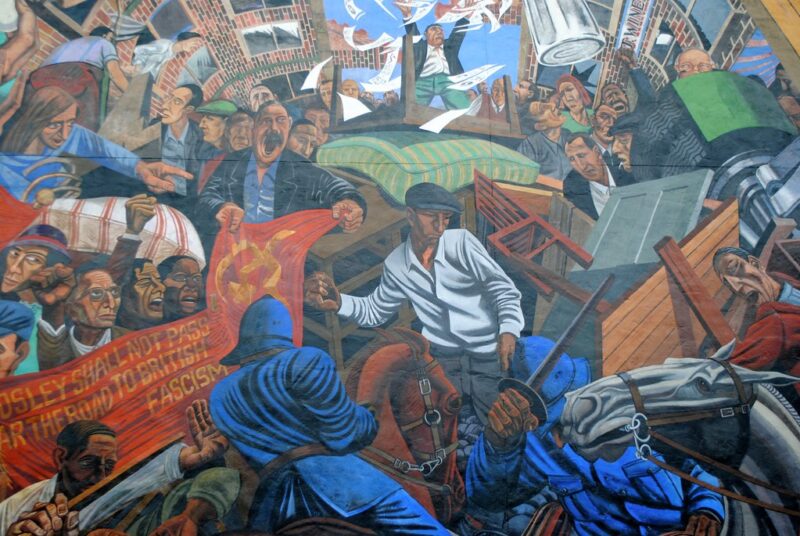 October 4th marks the 85th anniversary of the Battle of Cable Street, a seminal moment in British labor movement history and the international anti-fascist movement.  “From Cable Street to Brick Lane”, by Hazuan Hashim and Phil Maxwell (74 mins), presents archive footage and interviews with people who were there and charts the anti-racist tradition of the East End of London.

The film will be shown live at 8:30 PM (ET) at Woodbine: 585 Woodward Avenue, Ridgewood, NY 11385.  Glyn Robbins, the film’s executive producer and housing activist, who is currently in NYC as a Fulbright Scholar at the Center for Place Culture and Politics, will introduce the film and take part in the discussion afterwards.

For those who cannot join live, the CPCP will publicize a link where the film (not the event) will be streamed on October 4th only.