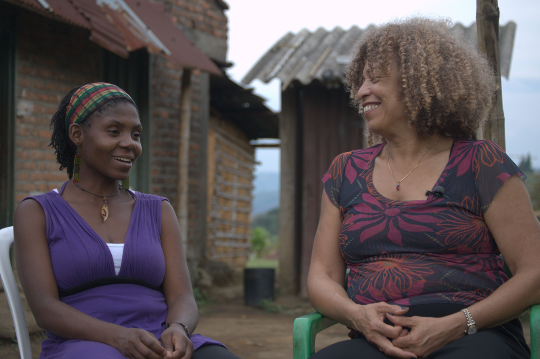 “I Am Because We Are”: A conversation between  Francia Márquez Mina and Angela Davis

Please register for the link to participate in this virtual event. This event will be streamed in English and Spanish.

COSPONSORED BY The People’s Forum

In March of 2010, activist, author and Distinguished Professor Angela Davis met with Afro-Colombian activist, human rights lawyer and former president of the National Council for Peace in Colombia, Francia Márquez Mina. Later that year, Davis went on a solidarity trip to Márquez Mina’s hometown of La Toma, an important community in the movement against dispossession and extractivism. Later, in 2014, Angela Davis sent a video expressing her support for Márquez Mina when she led a 10-day, 350 kilometer, march of 80 women to Colombia’s capital, Bogotá. This mobilization demanded the suspension of all illegal and unconstitutional mining, as well as the removal of all the mining equipment from La Toma. Now, as Francia and the Soy Porque Somos “I am Because We Are” embark on the campaign to be elected President of Colombia, they meet again to discuss radical politics in Colombia and the U.S. today. They will discuss black radical politics, left coalitions, black women’s movements, the carceral state, paths to abolition, and issues related to environmental justice. This conversation will be moderated by Mamyrah Dougé-Prosper at the University of California, Irvine and International Coordinator of the Community Movement Builders’ Pan African Solidarity Network.

In the case of any issues registering for the event, please contact The People’s Forum at info@peoplesforum.org. 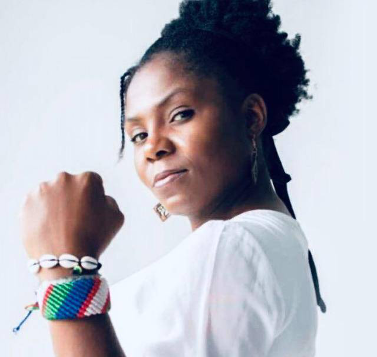 Born 39 years ago in the small town of Yolombó in the municipality of Suárez (Cauca), Francia Marquez Mina is a lawyer, environmental leader, and human rights defender. She became an activist at the age of 15 as part of a grassroot community process that sought to prevent the Ovejas River from a diversion project (DROES). Since then, she has dedicated her life to caring for the territory and building peace in Colombia.

Her important work and struggle was recognized nationally with the 2015 National Human Rights Prize, and internationally with the Goldman Prize (the most important recognition for defenders of the environment in the world) in 2018. She was a candidate for the House of Representatives in the Special Congressional Seats for Black Communities in 2018. Thereafter, she served as president of the National Council for Peace and Coexistence (2020-2021).

Currently Francia Marquez Mina is a candidate in Colombia’s presidential primaries as part of the “I Am Because We Are” movement within the framework of the Historic Pact Coalition. Her candidacy aims to occupy State power in order to build community and social mandates emanating from historically excluded sectors of Colombian society. Based in the African philosophy UBUNTU – I Am Because We Are – Francia Marquez seeks to construct a political mandate that centers the care for life and the Casa Grande (the awareness of Earth as our Common Home), all the while transgressing traditional ways of doing politics. 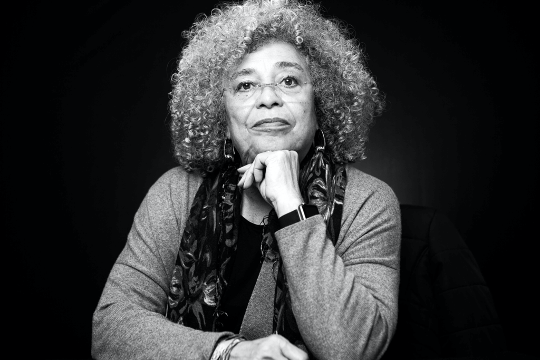 Through her activism and scholarship over many decades, Angela Davis has been deeply involved in movements for social justice around the world.  Her work as an educator – both at the university level and in the larger public sphere – has always emphasized the importance of building communities of struggle for economic, racial, and gender justice.

Professor Davis’ teaching career has taken her to San Francisco State University, Mills College, and UC Berkeley.  She also has taught at UCLA, Vassar, Syracuse University the Claremont Colleges, and Stanford University.  Most recently she spent fifteen years at the University of California Santa Cruz where she is now Distinguished Professor Emerita of History of Consciousness – an interdisciplinary Ph.D program – and of Feminist Studies.

Angela Davis is the author of ten books and has lectured throughout the United States as well as in Europe, Africa, Asia, Australia, and South America.  In recent years a persistent theme of her work has been the range of social problems associated with incarceration and the generalized criminalization of those communities that are most affected by poverty and racial discrimination.  She draws upon her own experiences in the early seventies as a person who spent eighteen months in jail and on trial, after being placed on the FBI’s “Ten Most Wanted List.”  She also has conducted extensive research on numerous issues related to race, gender and imprisonment.  Her recent books include Abolition Democracy and Are Prisons Obsolete? about the abolition of the prison industrial complex, a new edition of Narrative of the Life of Frederick Douglass, and a collection of essays entitled The Meaning of Freedom. Her most recent book of essays is called Freedom Is a Constant Struggle: Ferguson, Palestine, and the Foundations of a Movement.

Angela Davis is a founding member of Critical Resistance, a national organization dedicated to the dismantling of the prison industrial complex.  Internationally, she is affiliated with Sisters Inside, an abolitionist organization based in Queensland, Australia that works in solidarity with women in prison.

Like many educators, Professor Davis is especially concerned with the general tendency to devote more resources and attention to the prison system than to educational institutions.  Having helped to popularize the notion of a “prison industrial complex,” she now urges her audiences to think seriously about the future possibility of a world without prisons and to help forge a 21st century abolitionist movement. 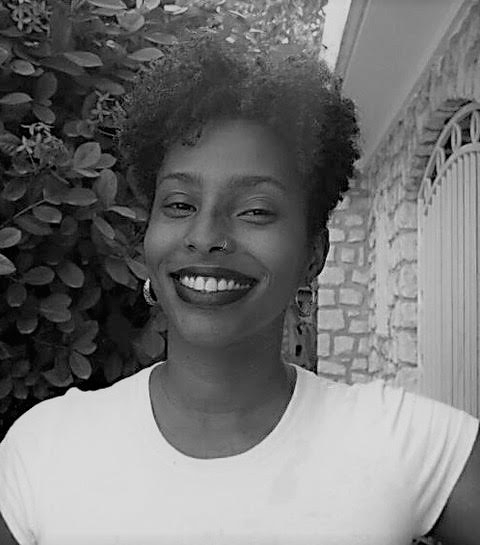 Mamyrah Prosper is an Assistant Professor of Global and International Studies at the University of California, Irvine. She is also the International Coordinator for the Pan-African Solidarity Network with Community Movement Builders in the United States. In that capacity, she serves as a coordinator of the Leve Kanpe Avèk Ayiti International Coalition that includes organizations in Canada, the U.S., Dominican Republic, Puerto Rico, Brazil, Argentina, and Uruguay working to amplify the struggles of the people of Haiti. Prosper is also a founding member of the Black Radical, a multi-lingual Pan-African media collective.