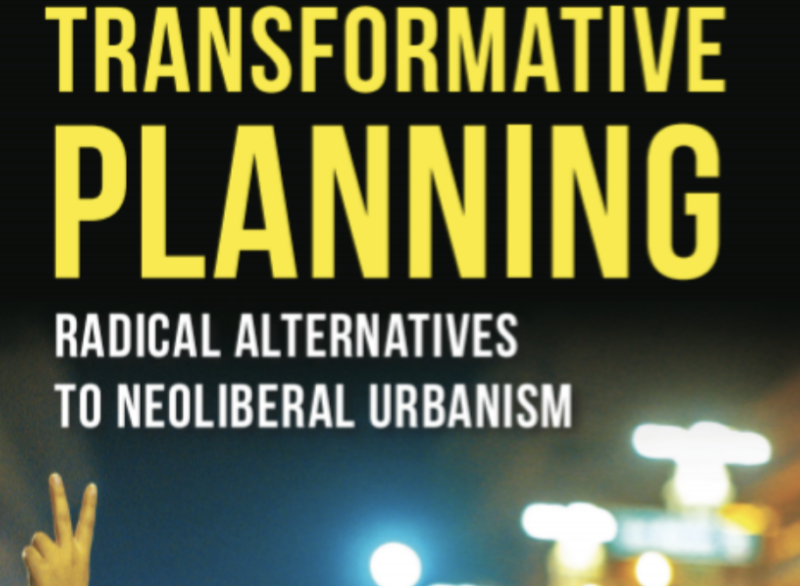 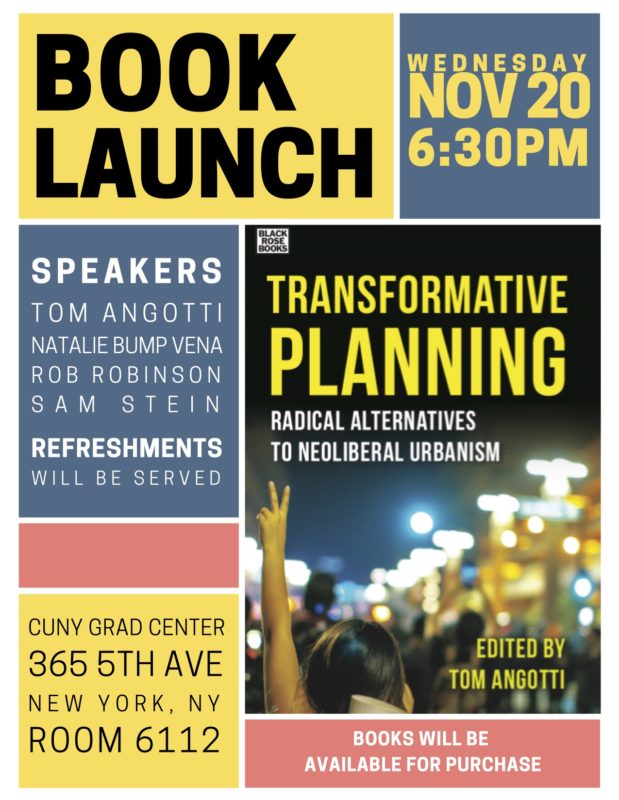 This new book, Transformative Planning: Radical Alternatives to Neo-liberal Urbanism, edited by Tom Angotti (editor of Progressive City magazine and Visiting Scholar at The Center for Place, Culture and Politics) brings together various branches of progressive politics and urban planning, with articles linked under eight chapters headings such as:

Transformative Planning lays out the fundamental issues and solutions that any progressive urban planner must take into account, such as ensuring that developing cities do not create patterns that further endanger ecological balance. Challenges such as sexual harassment, militarized and biased policing, and the industrial domination of communities are also presented as issues that urban planners can play a central role in preventing.

As Angotti explains in the introduction to this book:

The function of social control is still at the forefront of modern urban planning today. The “unruly” working class – African Americans, Latinx people, immigrants, women and others who are the foundation of the reserve army of labor – are still being displaced when their communities happen to be in the way of grand civic projects and, as cities became targets for global capital investment, speculative real estate deals. City planners are trained to systematically organize this process and lend it the veneer of being in the public interest. They evolved what came to be known as rational-comprehensive planning. Borrowing the mantle of the Enlightenment, the planners supposedly used reason to organize and control cities that were otherwise chaotic; in reality, they reflected the fears of the new ruling classes of the rising working class.