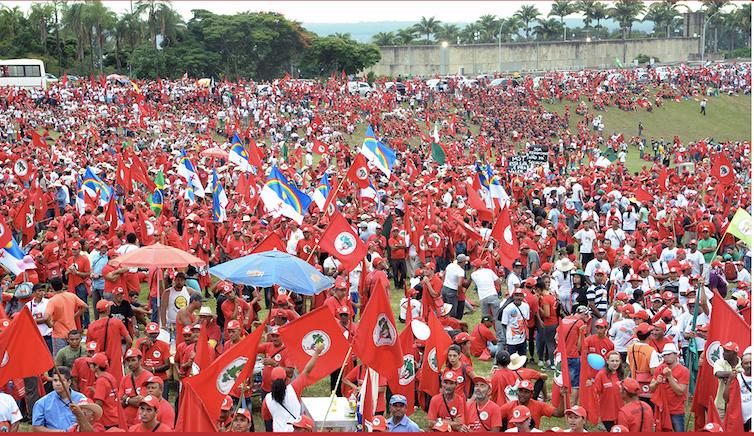 Occupying the Danger: The Landless Movement and the Far Right in Brazil

“We’re going to occupy everything.”

As Brazil slips into a novel mode of conservative governance, the nation’s social movements face a strategic dilemma. What to say to a democratically-elected president who threatens them with repression? How to organize against the popularity of the far right?

Early on the morning of March 13th, eight hundred landless women marched onto the plantation of a landowner accused of sexual violence. While they occupied the farm, another four hundred women blocked mining company trail near the site of a recent industrial crime that killed over 300 people  in a different state. The activists were from the MST, Brazil’s landless movement, and they shouted the words spoken by Marielle Franco on the night of her assassination in 2018: “We’re going to occupy everything!”

Since 1984, the MST has led plantation occupations throughout Brazil, resettling nearly 600,000 families. Today the movement is reinventing its classic tactic. Combining confrontation with coalition, the new occupations draw the link between feminism and fences, mining catastrophe and monocropping. Will the alliance hold together? Come listen to Ayala Dias Ferreira, member of the National Coordination of the MST, as she analyzes social movement strategy in a moment of danger. 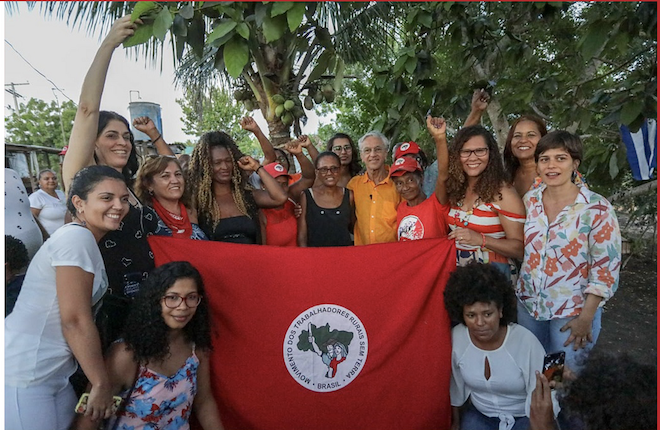 Ayala has been an MST militant for more than 15 years. She has been responsible for many political and organizational tasks in the Movement, including the coordination of MST Internationalist Brigade in Cuba, in 2008 – 2009.