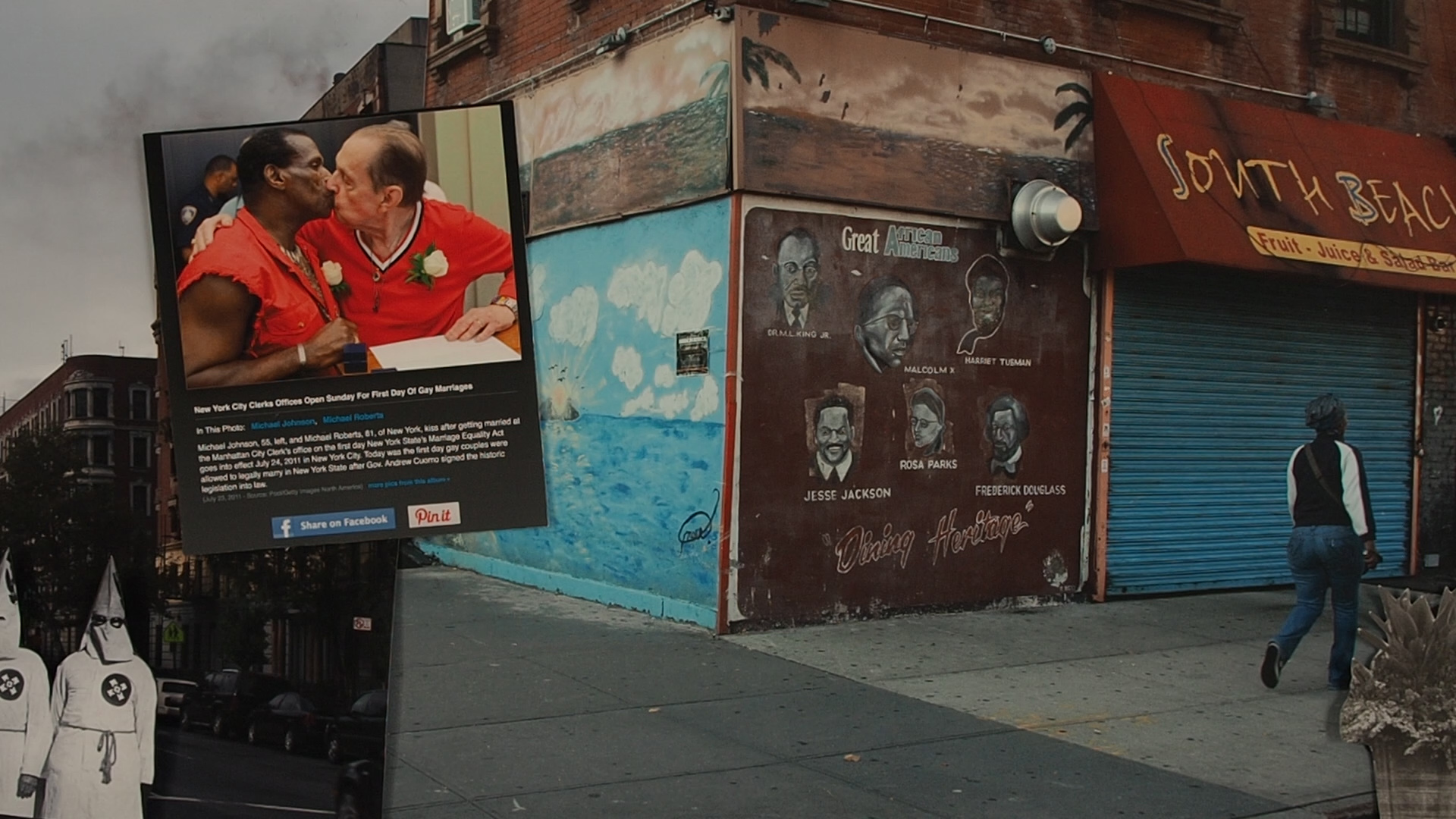 The CPCP is pleased to cosponsor the free streaming of the film FALSE BELIEF for one week only, from:

To view, go to: https://kunstnerneshus.no/en/cinema/hjemmekino-lene-berg

Lene Berg’s critically acclaimed film False Belief (2019) is based on autobiographical events and reconstructs the filmmaker’s Kafkaesque journey through the American criminal justice system after her partner gets arrested, put on trial and eventually imprisoned for no reason.

This event is in lieu of a live screening and discussion we hoped to have this spring. We recommend the book of former CPCP visiting scholar, Christina Hanhardt, Safe Space, as a companion piece for this film.

A Norwegian artist reconstructs her kafkaesque journey through the US justice system, as her partner is arrested, convicted, and imprisoned on Rikers Island in New York.

False Belief is the autobiographical story of a couple caught up in a battle that is wiping out the seminal African American cultural legacy in Harlem.

In 2008 Norwegian artist Lene Berg moved to Harlem with her partner, a black man, a publisher who will be referred to as D. After giving the police a statement about being harassed by a neighbor, D was arrested. But what exactly is he being accused of? This led to a series of catastrophic events where D’s implicit trust in the U.S. justice system put everything he cherished at risk. Why doesn’t he play by the rules? Is he ignorant of the fact that black men are systematically transported to prison everyday in the United States? Is D a local hero or a fool? Why did he believe that his experience would have been any different?

False Belief tries to untangle the circumstances around this criminal case through D’s candid storytelling accompanied by Berg’s own narration, driven by still and moving images, court documents, and collages. By analyzing what at first seems to be a minor case, False Belief uncovers the larger picture of a society that employs incarceration as a political and economic weapon.

The film premiered at the Berlinale 2019 (Berlin International Film Festival) and was nominated for an Amnesty Award and a Teddy Award (the LGBTQ Prize.)

FALSE BELIEF will be streamed at no charge during its week-long run from 12pm (EDT) May 6th through May 13th 2020. The screenings are an initiative of Kunstnernes Hus, Oslo, the union for artists in Norway.

This link connects the viewer to the film’s trailer until 12 noon on May 6th, after which  the complete film False Belief will begin streaming for one week only: https://kunstnerneshus.no/en/cinema/hjemmekino-lene-berg

This event is cosponsored by the Center for Place, Culture and Politics at the Graduate Center, CUNY; and Kunstnernes Hus, Oslo.